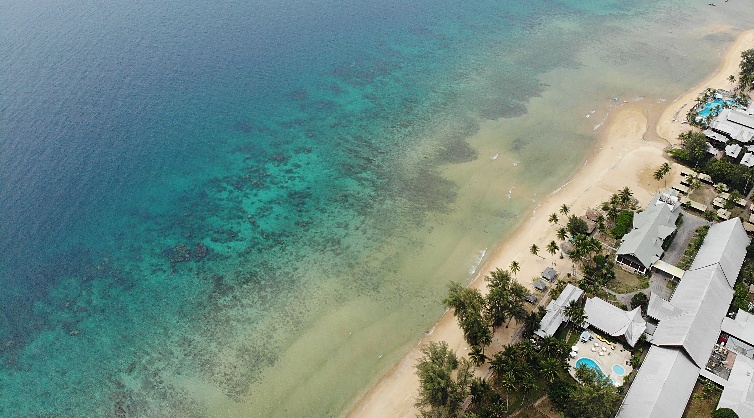 Pulau Tioman, apart from being the most famous island, is also the largest island of the Seri Buat Archipelago. This island cluster is located off Peninsular Malaysia's east coast. Whilst renown for its various hotels, resorts and guest houses, some say that Tioman's natural beauty, by far, its biggest appeal.

Its dense primary rainforest for instance, covers about 12,000 hectares of the island and its still-pristine mountain streams and waterfalls boast dozens of protected species of mammals, birds, reptiles and flowers, some of these wholly endemic to the island.

But it goes without saying that Tioman also offers some of the most idyllic beaches as well as brochure-perfect bays.

Meanwhile, the crystal-clear waters that surround Tioman are home to numerous coral species of countless shapes, colors and sizes. But this unique underwater ecosystem is also blessed with an impressive variety of vertebrate marine creatures, including many exotic fish species, manta rays, turtles and, yes, dolphins. Even whale sharks make an appearance every now and again.

This is why Tioman is a veritable snorkelers' and scuba divers' dream come true.

Given its almost endless palm-fringed paradise beaches, Tioman at one point was bestowed the title "World's Top 10 Most Beautiful Islands" by none other than Time Magazine.

In fact, it's safe to say that it's not just sun-worshipers, mountain-trekkers, jungle-hikers, snorkelers and scuba divers that will have the time of their lives in Tioman. Swimmers, kayakers and SUP aficionados too, will have an absolutely awesome time in Tioman.